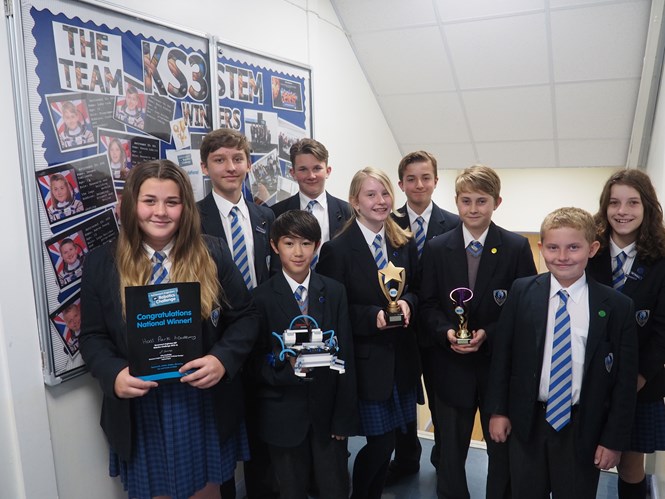 A team of nine students from Hall Park Academy in Eastwood, Nottinghamshire has won the Tomorrow’s Engineers EEP Robotics Challenge.

The winning team of students - all aged between 12 and 14 - built, programmed and controlled LEGO robots for a series of ‘space missions’. They also had to research, and present their own solution to a contemporary scientific problem - developed by LEGO Education with NASA.

The prizes were awarded as follows: